“Shoflo has been a godsend for us. I don’t think I could ever go back to paper scripts. Working with Shoflo has been so incredibly simple. We build our scripts in Shoflo and everyone can see the changes, once it’s done it’s done and we can move on with the rest of our jobs.”

“It starts with our sponsorship team: everybody has things coming from all angles.  You’ve got your own messages you want to promote, you’ve got sponsor messages. You have videos you want to get out there, ” says UCF’s Associate Athletics Director, Fan Development Jimmy Skiles.

Previously, the team used Excel to plan the marketing and production elements of game day scripts. But the system was inefficient – team meetings were followed up by further time spent inputting details and copy changes into Excel manually to create the final game script.  With two ‘gatekeepers’ working on the same script, version mistakes took seconds to make but hours to unravel and correct. Jimmy heard about Shoflo’s cloud-based scripting software from both his production team and an industry contact. Now he says he could “never go back” to his previous system.  Using Shoflo gives the UCF team one up-to-date version of the script – and the confidence that all the elements will be present and correct on game days. All team members have to do is glance over their monitor or tablets to see live updates taking place.

“In real-time, we’re sitting in meetings and we open up our laptops or tablets. Instead of adding things, then having to go back to the office, open up Excel, and put it wherever we want to put it in the script, we’ll be sitting in meetings throughout the week and put things in. It really helps us make sure that nothing is missed as we get ready for game day.”

Both the production and marketing teams at UCF have adapted quickly into Shoflo. The collaboration between the two gatekeepers working on the same script, different departments including sponsorship, video, and audio are able to add their updates, notes, and amendments – all at the same time has been a game-changer for the organization.

Read on to find out how Shoflo has helped UCF to:

UCF had previously used Excel to create their scripts, manually renaming spreadsheets with dates and times to identify the latest version. But this system didn’t work with the team dynamics and would frequently result in mistakes which would take hours to correct.

Jimmy explains: “Our game producer [David Belawski] and I are the gatekeepers of the script. We bounce off each other a lot. I’ll start and put together the show then he goes in and adds his stuff. We work off each other. In previous years, we’d be going back and forth on Excel and literally saving each version by the date and time and then emailing back and forth with each other.”

The system couldn’t cope with both gatekeepers making changes at the same time. Jimmy explains: “At least three or four times a season we would have a pretty serious incident. It was like: I was making changes at the same time. Well, what changes did you make? I can’t remember, something that sponsorship sent me.’ Then I’d go back through and look through my emails.”

“It basically took hours of trying to remember who did what and what had been done to make sure we had the most up-to-date version of the script run down ready to go.”

With Shoflo’s real-time updates, Jimmy and David have waved goodbye to Excel version mistakes. Now, they can work on the same page, at the same time, with the knowledge that all script amendments are saved correctly.

“Since we moved to Shoflo, now we can both be in there and literally updating one line ahead of what he’s updating, in real-time. It’s made things so much easier! And it’s taking up a lot less space on our computers, for sure!”

With scripting made easy, the UCF team can concentrate on the details to create a great fan experience

Jimmy’s role, along with the marketing team, is to ensure fans have a great time both inside and outside the stadium. They also check that sponsorship elements, especially names, are correct.  Shoflo makes scripting easy, giving the team more opportunity to add those extra touches that amplify the game-day experience.

“We have a guy who does music and he has his notes column in Shoflo. Because he has instant updates and access the script during the game, he’s able to match up songs with sponsorship. I guess some people may not notice that we do things like that, but when you have a song that associates with a sponsor, it helps sell the sponsor and helps with the fan experience. “

Game days at UCF’s Spectrum Stadium are produced by Director of Production Services, David Belawski.  Shoflo makes it easy for both the marketing and production teams to check lower thirds, slides and videos during their weekly meetings and dress rehearsal. Having all the production elements in one place also makes it easy for the team to follow on their tablets and screens.

“On game days, having Shoflo gives me the ability to do real time updates and corrections to the script. I sit with a touchscreen monitor in front of me and I can scroll  up and down, move, make adjustments to elements on the fly. It’s incredible!”

David calls the game production from up in the skybox while his production team is in the control room downstairs. In the old days, David would just have to announce script changes over com and hope his team heard him correctly. Now with Shoflo, David can update his script mid game in the cue software and his team in the control see those updates live on their screen instantly.

“It’s made it much easier for me to communicate with my crew downstairs in the control room.  They can concentrate on their job, which is technical directing and graphics. All they have to do is to glance over to their monitor and they see those live updates take place. They always know where they need to be on the script because they’re following me.” – David Belawski

David displays Shoflo full screen on several 40” monitors up in the skybox and in the control room. This allows the greater production team in these areas who might not have their own personal device to see where David is in the script. David uses the Show Caller Tracking feature of Shoflo to broadcast his current position in the script. Every time he jumps from element to element, all of the monitors and devices scroll ahead and follow along.

“The biggest benefit from paper script to the cloud-based script is being able to make adjustments on a global basis – once that update is made, everyone can see it live. I can make my own personal notes, but I can also update the script, and change names. On field recognition is a good example – if someone doesn’t show up, I can eliminate that name from the script. It’ll update and my graphics person can see that. If there’s an addition, they can jump in, see that updated name and make that change.” – David Belawski

Jimmy says any initial concerns about the adoption of Shoflo by the marketing and production teams soon disappeared as they discovered just how easy the system was to use. Jimmy adds that his team were able to “own it” in just a few games.

“I was a little bit nervous, especially for a football game day. There are so many people involved in a game day cycle with our spirit teams, bands, sponsorships, operations folk who just want to know when things are happening. I was a little worried about adoption because change and technology can be scary.  It ended up being a non-issue. My team loves Shoflo. Now they go in there and they’re able to add their notes on how their PA reads are going to go, what songs they’re going to do to close the time-out.  I think everybody’s adopted it because of how easy it is.”

With the football season drawing to a close, the team has learned valuable lessons which will help them improve their basketball game experience.  “Most venues have it where in football you have one main board and maybe another area of LED that you have to manage. You go into a basketball arena and there’s LEDs everywhere and multiple video panels.”  Jimmy says that the marketing and production teams now break the football script down into multiple components to keep the game entertainment elements running smoothly. He says this experience will help them use Shoflo to create an even better fan experience during the basketball season. 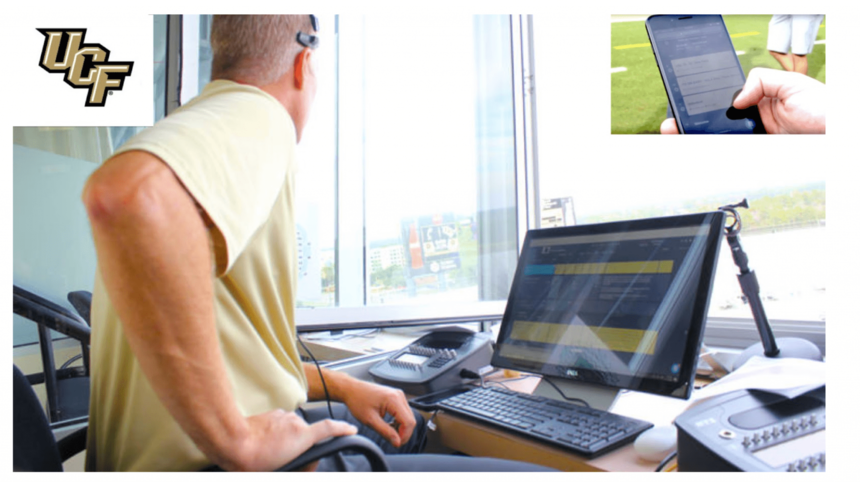 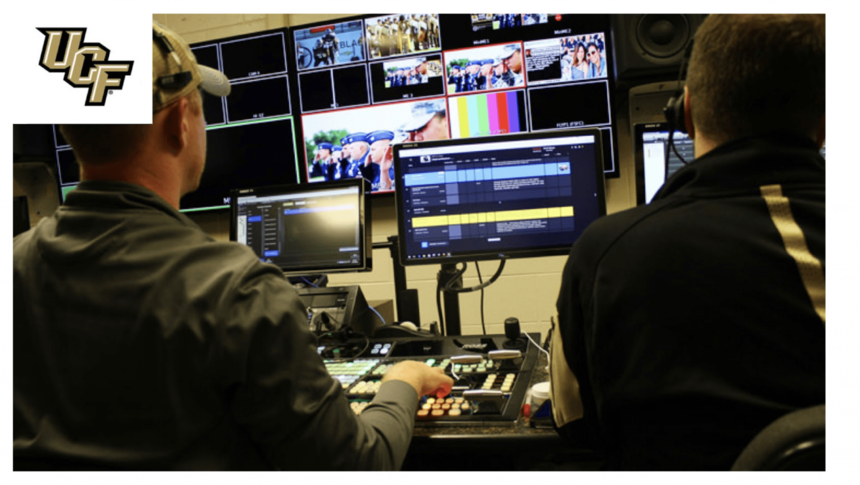 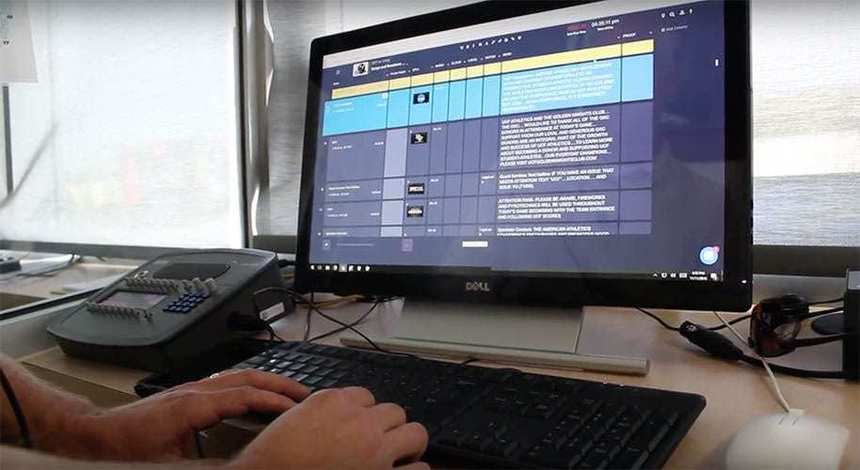 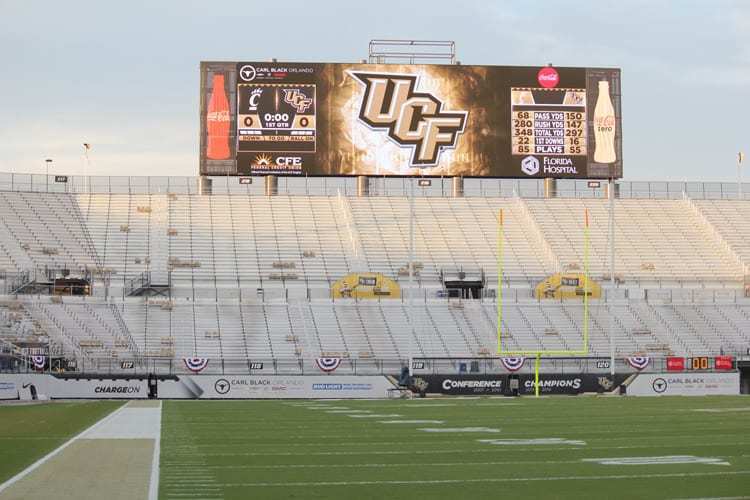 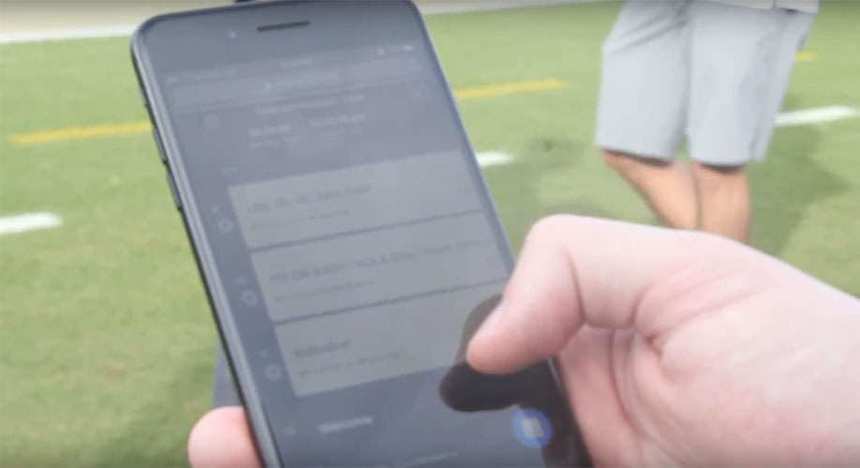