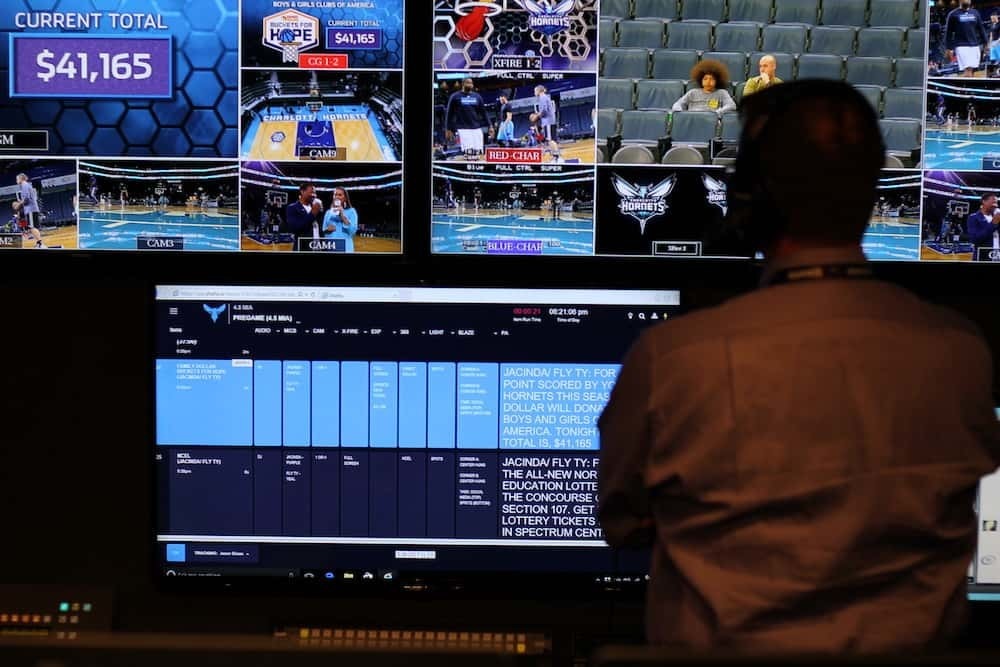 Emily Ladd is the first to admit she was set in her ways when it came to preparing game-day scripts for the Charlotte Hornets. On game days, Emily would tuck her paper Excel game scripts into her back pocket along with a pen to scribble down last-minute changes.  In days leading up to the game, the scripting process resembled a ping pong match played out over an Excel spreadsheet. Emily and her boss would pass the spreadsheet back and forth, each adding their own inputs and amendments.

“That was how we built scripts in the past. I would build the initial scripts in Excel and then print out and give it to my boss. He would make edits, give it back… we went through that process six times leading up to the game.”

Emily and her team were given the support of the Hornets’ vice president to investigate a more efficient software-based scripting system. The Hornets wanted a system which would help the teamwork even more efficiently, giving them extra time to add even more excitement into every game.

But having 10 seasons using Excel, it took Emily just one hour to learn how Shoflo works and use it to start writing her scripts.  Now, Emily has cut down her scripting time by 50 percent. She knows her crew are following the show caller 100 percent with Shoflo’s ShowCaller tracking feature. And she gets to leave work during daylight hours to spend time with her family.

When it came to adopting a new scripting software process, the Hornets had no plans to reinvent the wheel. The team was keen to explore the time and efficiency savings that cloud-based scripting software could bring, but wanted the software to fit around their existing team dynamic. Ensuring this was retained – and enhanced – was one of the most important factors for Emily in choosing a scripting software package.

“We didn’t want to start from scratch. One good thing about Shoflo is that our workflow is relatively the same, just with a lot of the smaller things taken out of it.”

As well as improving the pre-game scripting process, Shoflo has helped Emily and her boss input even the smallest last-minute match day changes quickly and easily.

Emily says that working with her boss now for six or seven seasons together so she can read him pretty well. Shoflo made that communication even easier. She says “having dynamic editing capabilities, even with just cells, is great.”

Emily had spent 10 seasons with the Hornets and had used Excel to build scripts for every game.Emily says the transition was relatively easy.Shoflo’s easy-to-use system which resembles Excel but is more tailored towards building game scripts, helped Emily to start building and writing her scripts in less than one hour. She added that educating the team on adopting the system to run alongside the existing management structure was as important as actually training people to use new software.

“Going from Excel to this, took some learning, just like anything would,” she explains. “But really, after you’ve spent 40 minutes to an hour, however long it takes, you to get used to it. Once you’ve figured it out, then it was smooth sailing from there.”

Today, Emily uses Shoflo to manage the initial scripting process, then invites the different team members to add their updates and corrections to suit the Hornets’ workflow.

“Now [with Shoflo] I can just send Partnership the link and say ‘Here’s the final script.’ Then they can go through and see if we’ve missed anything.”

Staying on the Same Page on Game Days

Shoflo’s ShowCaller tracking feature helps ensure that the Hornets’ event crew stay 100 percent focused on whatever is happening at that moment within the script. Using this feature, there’s less room for mistakes and missed opportunities because the caller has jumped from one element to another or a last-minute order change is required.  ShowCaller tracking automatically advances the scripts of following crew members in the cue software so they align exactly with the show caller’s script as it moves forward through the cues.

The game-day script for the Charlotte Hornets involves a lot of shifting elements. In addition to the script changes, team members are spread out across the stadium in the control room or tunnel.

“Our TV control room and the tunnel will be tracking my boss I work ahead of him a little bit. But you can still see where he is with that little blue button that goes around.”

Using ShowCaller tracking means Emily can ensure crew members stay up-to-date with last-minute changes – no matter which element they work on or which part of the stadium they are located.

“We’ve also got a TV monitor in the tunnel, which our DJ really likes. Being able to see [using ShowCaller tracking] is really great, just knowing wherever he is in the script is helpful all around.”

Return on investment from the very first game

The Hornets events team had no budget for scripting software. But they were fortunate that senior management was supportive of their need to improve the process, giving the team more time to focus on the game-day experience.

The investment has been worthwhile. The scripting process now takes less than half the time taken by the previous Excel-based system:

“We’ve been able to really streamline our edit process and my boss can even go in and make some of his own edits. He doesn’t have to go through me.”

The ease of moving script elements around has meant the Hornets can create an even more entertaining show for their fans. “Being able to live change everything and have that dynamic element of everything automatically shifting around is probably the biggest benefit when we’re within our show,” says Emily.  For Emily, one of the biggest benefits of swapping Excel for Shoflo happens outside of the show and stadium. It’s about getting to go home, put her feet up and relax at a reasonable hour:

“We can really get out of here on a semi-normal basis and when the daylight’s still showing!” 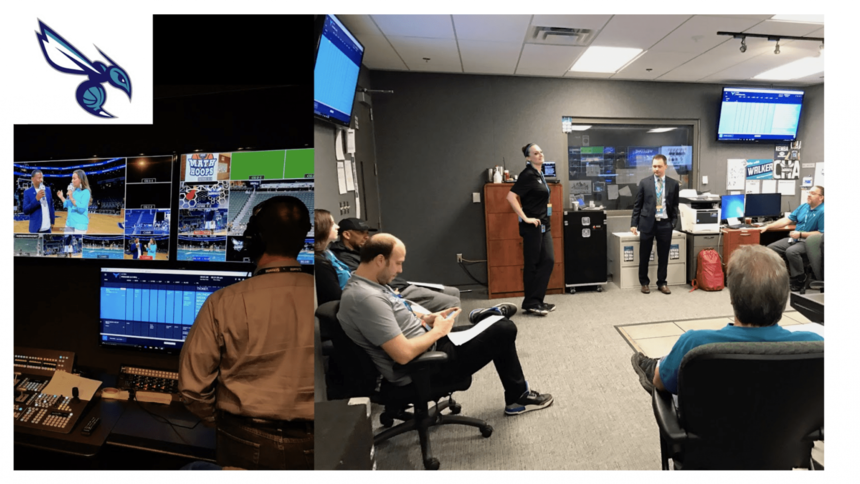 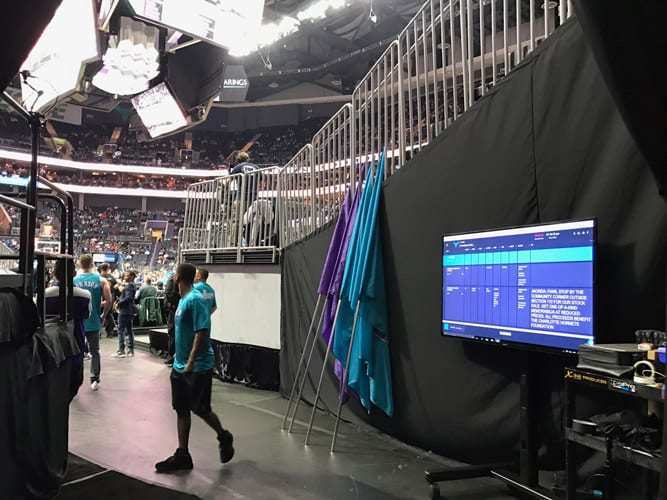 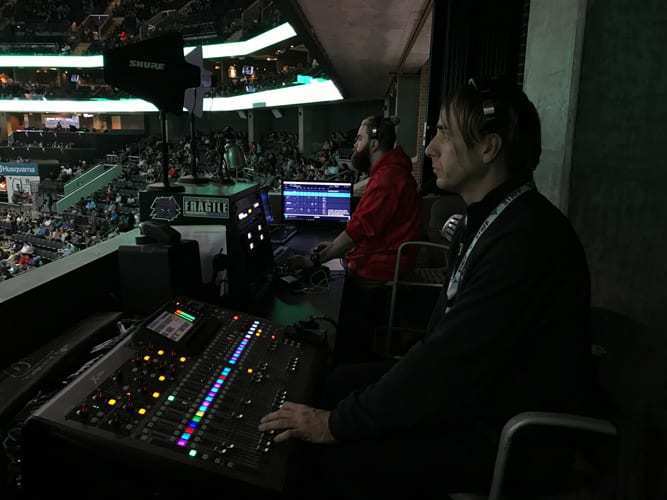 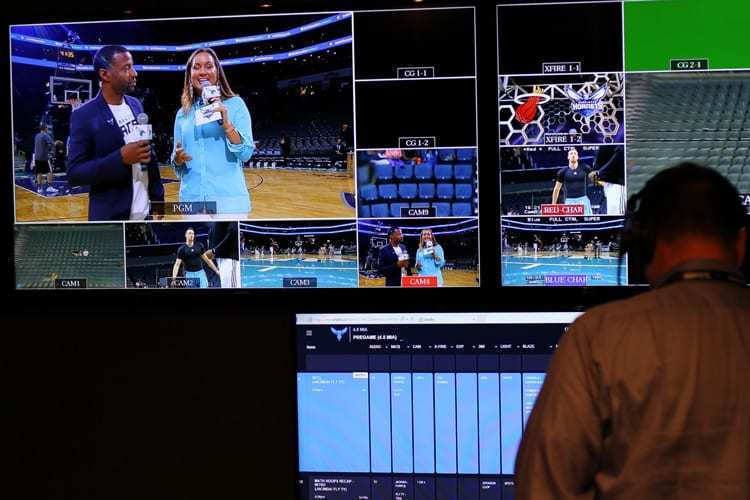 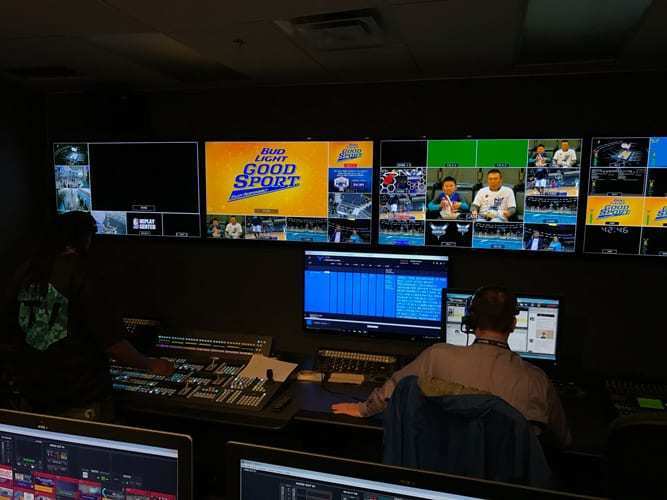 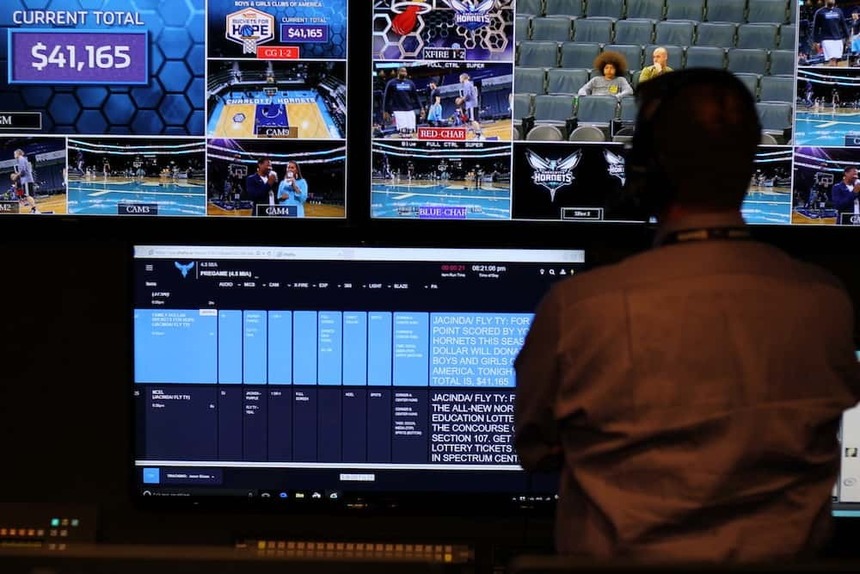