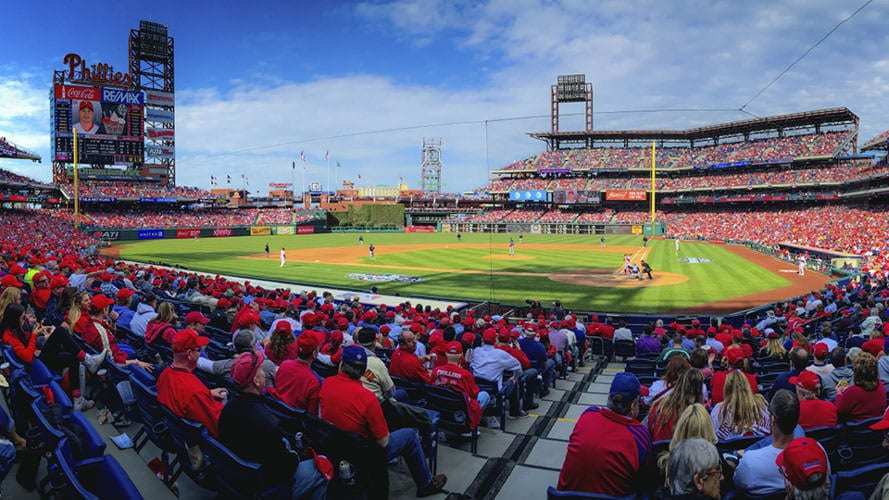 Sean Rainey, Manager Video Production for the Philadelphia Phillies, shares how they cut script building by 75% after switching to Shoflo mid-season.

“The trickle-down effect of what last-minute changes can do to the operation is a scary, slippery slope. I can honestly say that I never really thought twice about it after having Shoflo,it’s such a tremendous help.”

The production team at The Philadelphia Phillies had inherited a scripting process which was no longer a fit.  With tasks duplicated and hours spent manning the printer, the team needed to bring their scripting process in line with their game-day experience which includes video, multi-media and digital displays. And with last-minute amendments and updates made by scribbling on paper scripts, the potential for mistakes had created unbearable pressure on team members.  The Phillies game day experience may have moved with the times, but their scripting process was still reliant on manual amendments to Excel and Word documents – along with email and print distribution to a 30-strong crew.

“It was archaic. We were using an Excel sheet and we would cram onto one sheet, which wasn’t always successful given the number of things we execute on a given night.”

Since adopting Shoflo, the Phillies have a single game day script for the different elements which can be updated by multiple users. Everyone has access and can edit it as they see fit. Shoflo has also helped lower the team’s game-day anxiety levels:

“My day-to-day shuffling of papers and persistent worrying have really diminished, if not totally eliminated.”

A system which leaves less room for game day errors.

Teresa is the author of the daily script timelines and PA scripts. Before adopting Shoflo, Teresa would have to print and distribute 30 paper scripts to the team. Despite making sure everything was “1000% correct” over multiple game script editions and communication channels, game days were an anxious experience: There’s a huge amount of issues that could potentially arise from all of that failure to be cohesive. The amount of room for error is just massive.

“I can’t say enough about how little I have to worry with Shoflo. I can honestly say that I never really thought twice about making script changes after switching to Shoflo, it’s such a tremendous help.”

Alongside Teresa’s Excel document, Manager of Video Production Sean Rainey would produce a Word document outlining his team’s script. This would include elements to be recorded around the ballpark to prepare for pre-games. The Video Production team’s script would cover the period from two hours before the start of the event to when the fans had left the stadium.  The Phillies previous scripting process was complex and left little room for forward planning. Sean would start scripting once he had received the Excel document from Teresa. It would take the team 45 minutes to finalize the script before being printed. Afterward, Sean would call a production meeting with the crew.

“We were spending way too much time on our scripts. Condensing PA Script and Rundown into one script was a goal for us, which we were able to accomplish with Shoflo.”

For David Akers, Manager of the Electronic Display Systems, Shoflo creates a more streamlined scripting experience. Before, they would take Teresa’s script, duplicate it and re-format it for the control room team. After the switch to Shoflo, they combined the two scripts together into one cohesive document.

“I got done that first night saying ‘Wow, I can’t believe I’m done this quickly’ because I didn’t have to do all the duplication.”

For Sean, real-time changes with Shoflo are a real-time saver – and a vast improvement on their previous Excel-based process.

“Real-time changes are a no-brainer for the people that see this script, especially for captioning. It isn’t three different phone calls, it’s just ‘Hey, check the updated script.’ So, for me, it’s time, it’s preparation, and it’s the ability to make changes in real-time.”

Shoflo has reduced David Akers’ scripting time by at least 75%. And, like Teresa, it has also boosted his confidence that updates and amendments are sure to be seen and acted upon.  The Electronic Display Team’s script is short, just a couple of pages long with few changes. While the content frequently remains the same, it often switches positions within the script. Using Shoflo, David can copy segments from one position in the script to another. He explains:

“Moving elements around was pretty easy. What would take a couple of hours or maybe an hour, was cut down to 10 to 15 minutes for us to update our script, which was really nice.”

The control room crew use Shoflo live In-Game. This allows for last-second changes to the script to be seen in real-time in the cue software by everyone. As elements move around, the entire team can follow along live which is a tremendous value to both the crew and the Show Caller.

“Before using Shoflo, most people were scratching everything off. Now we can move things down and people can keep up to date with Shoflo live.”

The Phillies previous scripting system would frequently result in information overload. Teresa would send a lot of emails, generate a lot of paper  – and follow these up with a lot of apologies. She explained: “With the old scripting process, the goal was always to send the script out once, just once for the game. But, inevitably, you had a version which was emailed out maybe three or four times on a really, really bad, bad day where the gods are against us.”

“It just killed me to send that email out again and say ‘Sorry, this person’s name is now this.’”

Using Shoflo means that Teresa and Sean no longer worry that making minor detail changes in the script will result in a time-wasting paper and email trail. Moving a segment so that it starts two minutes later than its original timeframe is an easy change to make using real-time scripting software. Under the previous system, that two-minute change could cost the team at least 10 minutes in extra work with Teresa having to generate, then circulate another script change email.

A smooth transition to Shoflo

The Phillies made the switch from email and printer overload to Shoflo in the 2016 season.  Brian Mauger with the Shoflo team created a script for the Phillies based on a previous edition, which meant the content was familiar. Teresa was apprehensive about how the team would adapt to the new system, but praised the support she received from Shoflo to smooth the transition.

“The feedback I got was positive. It actually turned out to be much easier than I had anticipated.”

For David Akers, the shock didn’t lie in adopting a new system, it was the immediate reduction in time taken to input his elements into the script. He said: “Once I got past those things, I almost got done and said ‘Oh, all right I’m done.’ It wasn’t a big long process like it had been before.”

“Baseball has the most games of any sport, so we don’t get multiple games to try and spend a lot of time on our script. From the night prior to the next game we have to get in, get our script done, get ready, play the game. So it was really nice that we were able to do that without very much trouble and that it was a very quick process to go from one script to the next.”

With Teresa, Sean and David now able to input their separate elements into the same script, there’s no overlap and less room for mistakes to creep in. Stress levels are lower and the team are focused on improving scripts rather than avoiding mistakes.  Sean says: “I think the biggest thing that helped us was really showing us what our scripts were and then showing us what they could be. And then us taking a look at that and it really fitting into our workflow helped us out tremendously.”

Images from the Phillies: 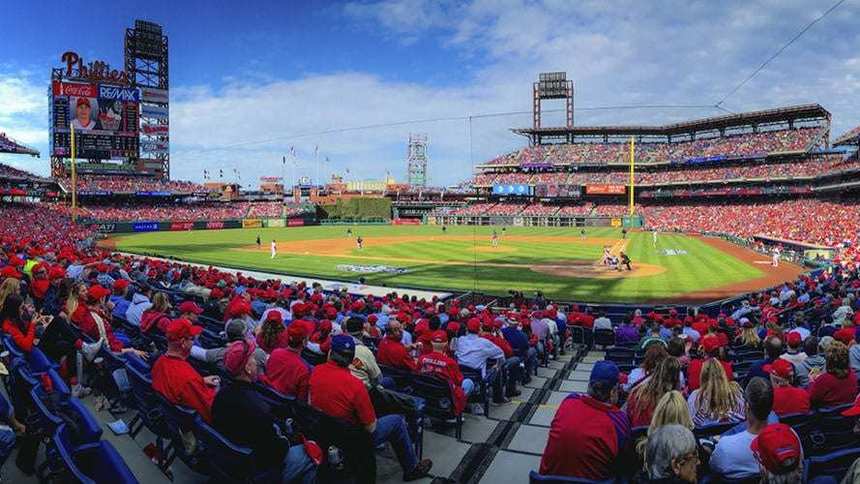 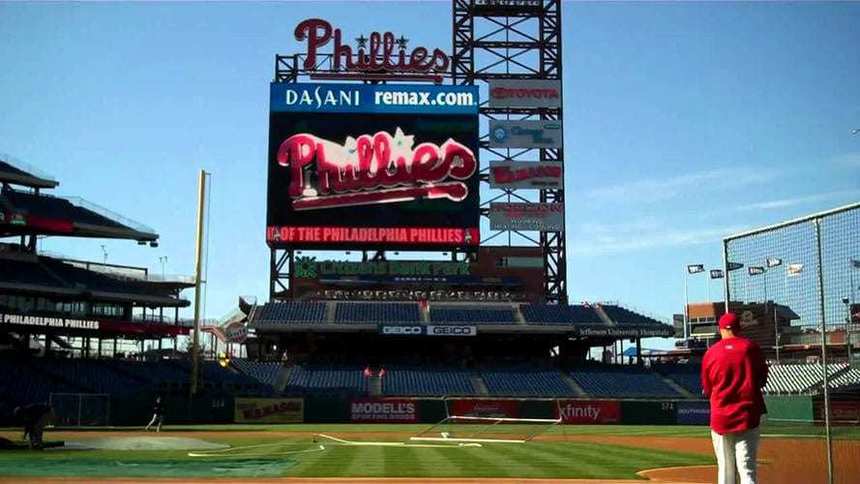 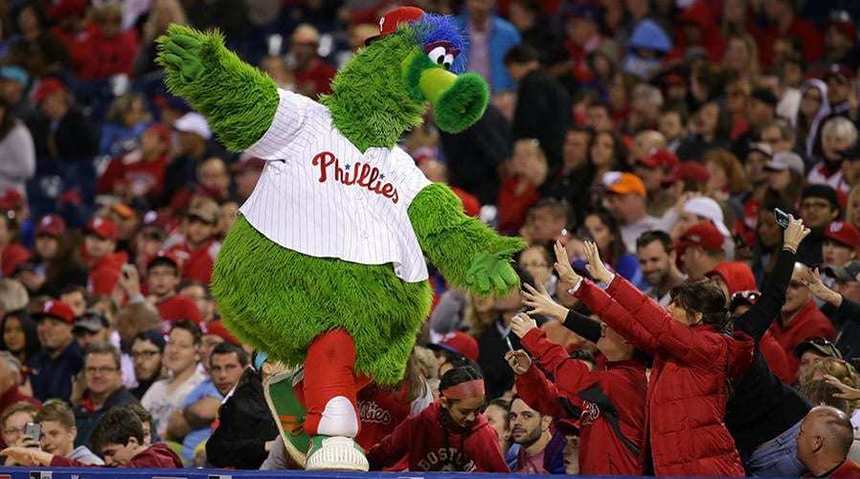 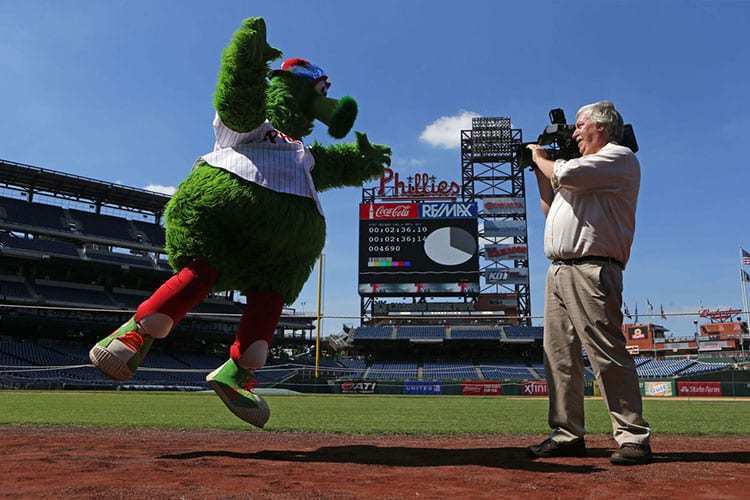 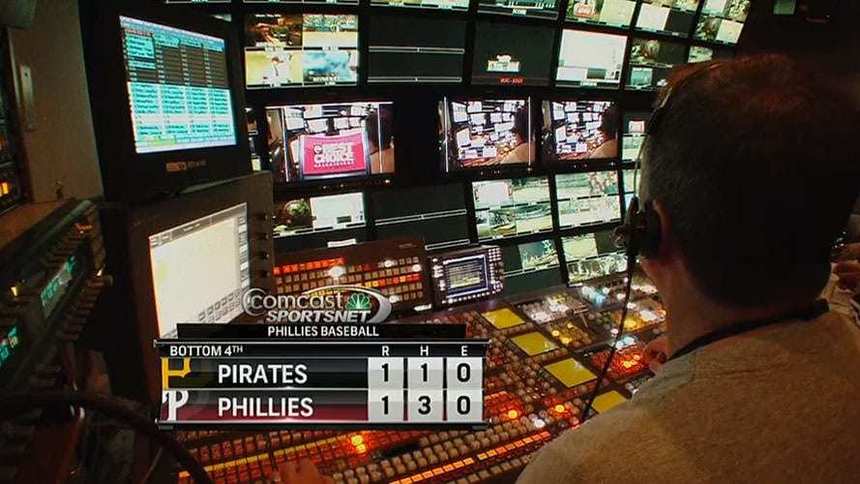 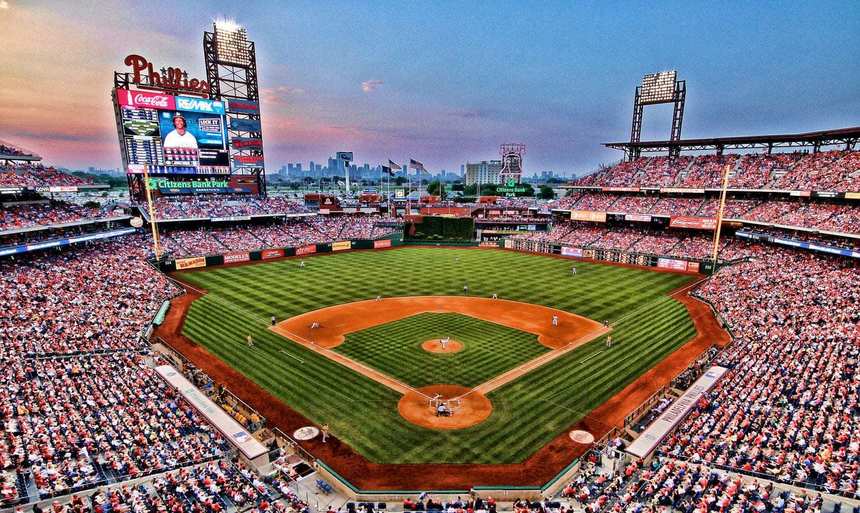